The following is another short story that I wrote recently as part of an ongoing writing prompt exercise with a fellow writer. The purpose of the exercise is to give us both a chance to practise writing prompts and stories. The original prompt phrase or sentence is highlighted in bold.

This week we join three travellers lost in a strange land. 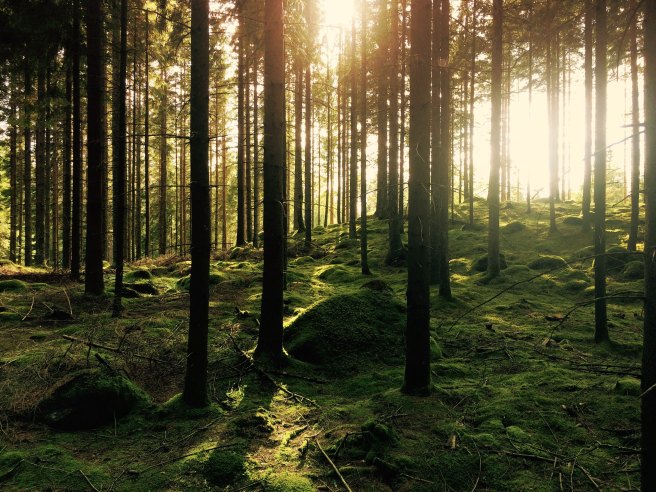 Photo by Gustav Gullstrand on Unsplash

Lorlea pointed the camera of her data pad at the sky, carefully aiming for the swathe of stars above the clearing. The app gave a down-beat chime. She tried again, stretching her arms, holding it up as high as she could, as though she was trying to patch the gap in the trees above her head. The bad chime sounded again, and a glaring red question mark flashed over the image the camera had captured.

Wifi: No networks in range

Where were they? Lorlea wondered again. Actually, scratch that, she knew exactly where they were. It was when they were that was the real question.

It was supposed to be a routine mission for Lorlea and her fellow chrononauts. A little hop into the future in the time capsule, a spot of data mining, a pardon-my-paradox and then back to the present day. But when they had recovered from the incapacitating effects of the chrono-displacement…well, the refueling station was nowhere to be seen. Just these endless trees.

It was clear that they had gone too far in one temporal direction or the other. Jaecob had argued that they’d accidentally traveled into the past, based on the lack of any wifi connection. It was hard to picture any point in the future without wifi. But Lorlea didn’t think the radioisotope readings bore that out. The Earth would have been hotter in the past, not so cool that she couldn’t get a radioactive decay measurement. She was convinced they’d gone further into the future. Way into the future. It wasn’t a debate she had to revisit any time soon though, because Jaecob was now very definitely dead.

So far there had only been three things that Lorlea, Khal and Jaecob (before he died horribly) had seen that were recognisable. The first were the trees. None of her crew were botanists – or even amateur gardeners – so they couldn’t identify the species. But the trees had brown bark, tall trunks and green leaves, and that was enough to make them feel familiar enough to be comforting.

The second thing was the grass. Although the seemingly random spread of the trees in the forest gave it a natural appearance, the grass was without exception immaculate. It was a healthy, vital green, and short too, as though it were freshly mowed every day in a lovingly tended garden.

The third thing they had recognised was the toucan. There were many brightly coloured exotic birds flapping around in the trees, whistling strange songs, but the toucan was the first one that they thought they could identify – even if it was larger than normal with a beak of purple rather than orange. Jaecob had approached it, just relieved to see something vaguely normal. Something they could put a name to. The toucan had hopped down a branch or two towards him, made a curious trumpeting sound, and then neatly and expertly eviscerated him. Lorlea and Khal fled in terror, running through the trees, chased by Jaecob’s agonised screams and the otherworldly trumpeting of the toucan.

If those were the three familiar things then there were plenty of unfamiliar things to outnumber them. Occasionally they would come across tiny houses built into the roots of the trees – delicate things that might have been inhabited by miniature dolls or fairies in a more  whimsical time. In other places they stumbled across thick bushes that, like the grass, appeared neatly pruned. Sometimes high-pitched, childlike laughter could be heard from inside, despite there being no obvious means of anyone getting in or out through the dense leaves.

Then there were the abandoned gazebos. Lorlea and Khal took these as another clue that civilisation must have existed her at one time. They were strange things with no walls and brightly coloured roofs that hurt the eyes if you stared at them for too long. There seemed to be one in every clearing. There was one in the clearing with them now. Khal was searching it, the clinical white of his chrono-flight suit making him look like a ghost flitting among the ruins of a long vanished civilisation. The flight suits didn’t really offer any protection – as the toucan had shown them – but they had all mutually decided to keep them on. Besides, they would need them if they ever found a way to refuel the time capsule.

Lorlea tried again to get a clear shot of the night sky and work out how far in the future they were from the positions of the stars. It still wasn’t working though. Her view was too restricted by the top of the trees. She just couldn’t capture enough of the stars at once for the app to extrapolate their motion and previous positions. Lorlea had considered climbing a tree, but then who knew how many toucans were actually out there?

Night had only just fallen. This was their third night here and already she dreaded it. She listened and there was just nothing…it was the worst sound she had ever heard. That was because she knew it was the calm before the storm, a dread moment of anticipation. In the daytime the garden forest was relatively silent and still, but in the nighttime, as the moon came up, suddenly it sprang to life. Giant white flowers suddenly bloomed, the birds began to sing their bizarre songs and lilting music drifted from the gazebos.

Lorlea and Khal settled down in the gazebo, huddling down together to wait out the night, trying to ignore the music box plinking that came from the roof above them.

When Lorlea woke it was the sullen silence of daytime. She sat up with a start when she realised it was even quieter than it should have been. Khal was gone. She leapt to her feet, calling his name. No response, but in the distance she thought she heard a tiny chop-chop-chop of propellers, as though some small airship or dirigible was navigating languidly through the trees. Was it a rescue craft? Why had they taken Khal and not her? She ran frantically in the direction that she thought the noise was coming from, catching and tearing her flight suit on branches in her haste. But it was pointless, there was no trace of Khal or whatever mysterious craft had carried him off, if indeed that was what had happened.

On her fifth day in the garden, Lorlea finally met another person. Or, what may once have been a person. Or maybe he never was. The stranger walked unhurriedly through the trees, his humanoid body androgynous and naked with a sickly blue hue to his skin. He seemed to have no possessions other than a red rag or blanket that matched the shock of blood red hair on his head.

Lorlea had spotted the stranger ambling through the trees before he had noticed her. She froze, uncertain whether to call out or quietly slip away. But despite his bizarre appearance, there was no air of menace about him. She wondered if he was a native of this strange place, or simply lost like her? Was he a distant relative of mankind, or something else entirely?

Lorlea had not slept properly in days, and she knew her judgement was not as effective as it should be. Yet she could sensing no threat from this strange traveller. Deciding she had nothing to lose at this point, Lorlea called out and waved to him. The stranger turned, regarding her with surprisingly soft features, and waved back. They walked towards each other; Lorlea’s steps cautious, the stranger’s almost playful. She was disappointed to discover that he did not speak English, or indeed any language she recognised. Jumbled syllables spilled from his mouth, many repeating, but none making sense. It was like his words were in a little pickle. A deep wave of weariness washed over Lorlea. Another mystery. Another thing that made no sense. The longer she was here, the more dream-like and surreal this garden forest seemed. And now the night was fading to black and the stars were out and bright.

As though sensing her tiredness, the stranger took her arm and led her through the trees to a gazebo that softly hummed a lullaby. The clearing that it sat in was the biggest she had yet seen, and Lorlea was able to capture an image of the stars on her data pad as they walked across the grass. The progress wheel on the app whirled, calculating how far the stars had moved since her crew had left their original time line. Concentrating on the data pad, Lorlea stumbled as she was led up the step into the gazebo.

Lorlea collapsed in a pile of blankets on the gazebo floor, regarding the stranger with renewed interest. She had understood that! Maybe he knew other phrases she understood too?

The stranger made himself comfortable, and Lorlea decided to do the same, realising that they probably weren’t going anywhere else tonight. With a sense of resignation, she finally slipped out of her flight suit and helmet, revealing her pink dreadlocks and the brightly patterned dress that was her favourite. She wore it under her flight suit on every mission for good luck.

The blue stranger smiled appreciatively, then picked up a stick and drew in the dust on the gazebo floor. He drew himself, navigating the deep dark ocean on a tiny boat. The app chimed softly with a positive noise. Two billion years it said. Two billion years of the stars moving and the world turning.

Lorlea understood then. The blue stranger was a traveller, just like her, and what’s more she knew where they were. This was where the lost went to die; travellers, dreams and more besides, in the garden in the night.