This pages contains a timeline of my previously produced plays, along with further information about each play, awards won and links to reviews.

The Final Adventure of Frankie Fightwell 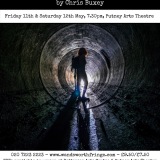 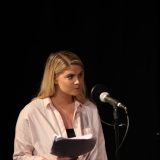 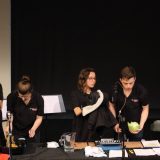 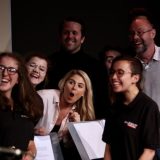 ‘The Final Adventure of Frankie Fightwell’ is a dark comedy about principles, money, and the importance of family. Stuart is a writer and creator of the beloved Young Adult literature heroine Frankie Fightwell. When Stuart’s agent delivers some bad news, Stuart soon comes to realise that there might be more than just the usual vampire sharks and giant Nazi man-spiders preventing Frankie from making it to the end of her latest adventure. But Frankie – and Stuart – aren’t going down without a fight!

“The acting reflects the script to a large extent, which is well-pitched and keeps us engaged, and in particular used the meta-narrative of Frankie talking to the author to great comic effect.” A Younger Theatre

The Haunting of Exham Priory 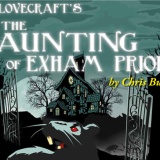 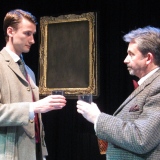 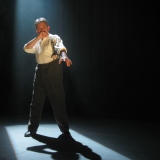 ‘The Haunting of Exham Priory’ is a Gothic Horror based on the classic short story ‘The Rats in the Walls’ by early 20th century horror writer HP Lovecraft. Set in the 1920s, it’s the tale of Mr Delapore, an American business man who returns to England to restore his long abandoned family home, Exham Priory. With the aid of his friend Captain Norrys he attempts to uncover why the Priory is hated and feared by the locals, what caused his ancestors to abandon the house 300 years ago and just what it is in the walls that so unsettles his cats…

“The script is engaging and well thought out.” “The performances are fantastic.” A Younger Theatre

“Rumpus is a theatre company that has built a solid reputation through touring to small- and medium-sized venues, performing stories that are best described as classic, appealing tales.” British Theatre Guide