It’s been just over a week since Rumpus Theatre‘s run of my play, ‘The Haunting of Exham Priory‘, came to an end. I think it’s safe to call it a success; it sold well for a play of its size (completely selling out one venue), and we had some reasonably complimentary reviews.

“The script is engaging and well thought out.”

“The performances are fantastic.” 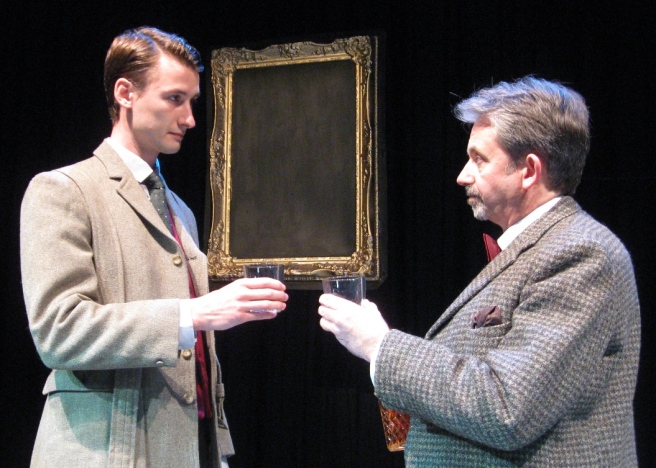 So am I pleased? Absolutely! And I’d definitely like to say a big thank you to Rumpus for bringing my ideas to life and the actors, David Gilbrook and Nicholas Bourne, who gave outstanding performances every single night. But the biggest thank you of all should go to all the HP Lovecraft and Rumpus Theatre fans alike who turned out to see it. Thank you to you all!

Now I’ve had a bit of time to reflect, I thought I’d share a few thoughts on the creative process and take a look look at if there anything I’d have done differently. In terms of major changes, “no” is the short answer. After watching the show for a second time I did wonder if the part about Walter de la Poer’s mysterious letter could have been cut to make the play slightly shorter. But on balance, although it doesn’t directly effect the plot it does add to the overall sense of mystery and provide a nice connection between Delapore and his family history, so I think I’ll retain it for any future runs.

Actually it’s interesting to think how much already got cut from the story. You might imagine that turning a short story of only a few pages into a two act play would mean that every single word had to be retained and used. But a single sentence of first person narration often equates to several lines of natural sounding dialogue, so the page count soon builds up. Many of the little details about the history of the Priory and the de la Poer family didn’t make it into the final draft. Likewise the full list of everything that was discovered in the final scene. That’s not to say they didn’t make it into early drafts, but they just made the play a bit too long and rambling. 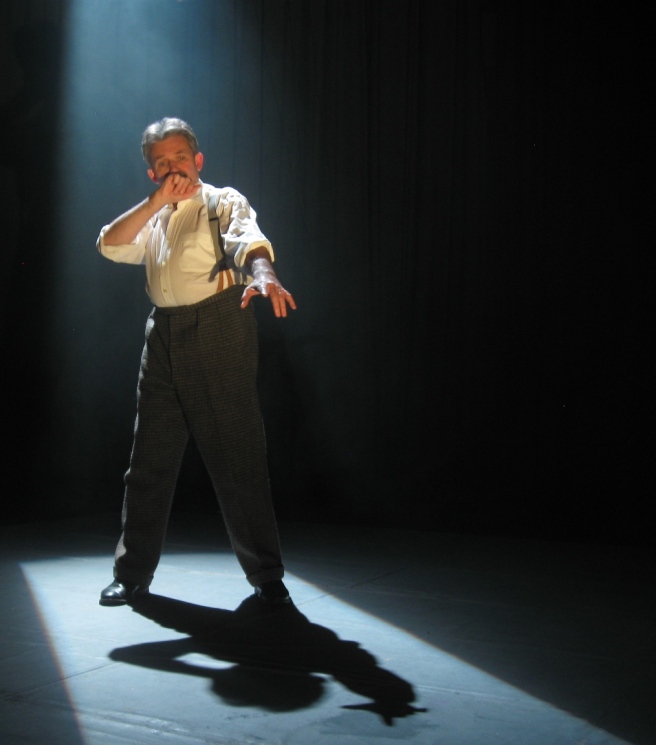 Speaking of the final scene, one question that came up during development was whether or not the final scene should have been staged in full, rather than told via the medium of Delapore’s narration and the sound and lighting effects?

After a lot of thought, I believe our narrative approach was the correct one. Even if we had managed to find a plausible way to stage it in a production of this size, I doubt it would have lived up to people’s imaginations of the spectacular scene described. In fact I doubt even an expensive staging would have achieved this. After all, an important technique in Lovecraft’s work is to hint at horrors rather than spell them out. Imagined horrors are always far worse than the reality.

Another technique that Lovecraft often calls on is [SPOILERS AHEAD] a narrator  retelling the events of the story from a position of insanity, just as happens in the original text of ‘The Rats in the Walls’. I feel it would have been a shame to drop that element entirely. And of course, if we’re not relying on Delapore’s narration then it potentially removed the ambiguity of whether or not he is responsible for the final act, or if it is indeed the rats, as he claims.

So what next? Well I’d certainly love to adapt one more Lovecraft play if I had the chance. I have a shortlist, but I’ll keep it to myself for the moment as I’m likely to change my mind several times. There’s such a rich seam of work to draw on. But I’ve always been partial to Shadows and Horrors.